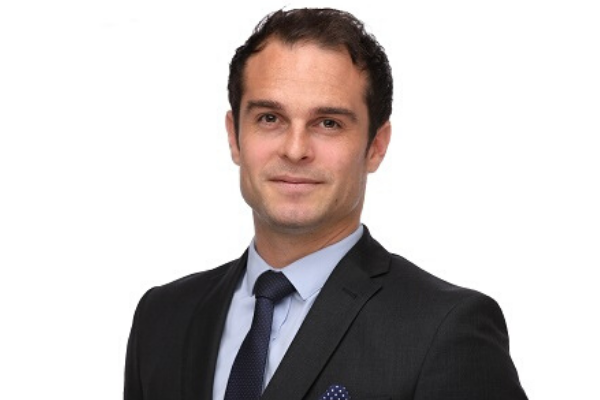 In this upcoming series, we will explore some of the key elements of successfully leading yourself and your organisation through a major crisis. Many of us won’t have faced one like this but a crisis is actually a common occurrence. They are defined as ‘times of great danger and difficulty when problems must be solved or important decisions must be made’(1). In the first article we will take a look at some of the crisis leadership tips from people who have led us through wars, epidemics, financial crashes and business turnarounds.

Winston Churchill understood two things about how to mobilise the British Public in a time of crisis. First, if the problem is deemed too big then people will lose all belief that the problem can be overcome. Second, if the average person cannot understand the problem then they will not be motivated to help solve it. Both cases lead to inaction which results in defeat in crisis time. This is what was happening in the build up to World War ll. The Government and press spoke about the threat in economic and political terms. This was too complex and too big a problem for the general public who felt that they had to leave in the hands of the world leaders to solve. Winston Churchill took the problem, simplified and framed it and brought it down to a level that everyone could understand and get behind: “Our moral civilisation is going to have to oppose this barbaric regime”. He then set out how the British Public could do that. This mobilised an entire nation and contributed to victory.

Action: You are not responsible for the ending the coronavirus on a global scale (other than following the Government’s advice). You are responsible for helping your organisation survive this so that you can continue to offer your services to those who need you. How can you frame the problems facing your organisation to ensure your team succeeds in during this pandemic?

Lieutenant Puller knew that attitude matters in a crisis. If people in our teams are feeling defeated then victory over the crisis becomes near impossible. Lieutenant Puller led a Marine Regiment in the Korean War. At one point in the Korean War they were surrounded by eight enemy divisions. He knew he had to bring some hope to his team or they would all face death. So he looked around and said, “Ok. They are on our left. They are on our right. They’re in front of us and they’re behind us. They can’t get away from us this time!” Both Chesty and his regiment survived these insurmountable odds. Note that Chesty did not naively pretend that the problem wasn’t there. It was. Just like this Coronavirus is. He simply took the facts, reframed them and put a positive perspective on them.

Action: How can you bring hope to your team in this crisis? Here is a starting point. These tough times will pass. What will you, your team and your organisation do to make the best of it?

3. Gordon Bethune & Greg Brenneman: Simplify your strategy and act rapidly on it

Gordon and Greg understood that a crisis can only be overcome if you make decisions and act on them quickly. They were both tasked with saving Continental Airlines which was on the brink of complete collapse. This would have resulted in the loss of over 40,000 jobs. Gordon and Greg took the company strategy back to basics. They simply listed everything that was wrong with the company, put them into four categories (people, product, market and financial) and developed quick and easy actions for staff to follow. This saved the airline, turning a $600million loss into a $400million profit and increased share prices from $2 to $50 per share. As Greg Brenneman said, “Time is tight and money is tighter during a crisis. If you sit around devising elegant and complex strategies and try to execute them through a series of flawless decisions, you’re doomed. We saved Continental because we acted decisively and never looked back”(2).

Action: Review your strategy and identify a maximum of five key areas of action during this coronavirus crisis to help your organisation survive and thrive. Communicate them to your staff along with your clear and well framed problem.

4. Abraham Lincoln: Remember that you are leading people with concerns

Abraham Lincoln knew that he would not win the American Civil War on his own. He needed people to work with him and put his plan into action to overcome the enemy. Crucially though, Lincoln understood that the very people he needed would be feeling fear, stress, grief and uncertainty in the midst of this crisis. So he made himself visible to all people to demonstrate that he understood them and was with them in this tough time. During the war he spent most of his time outside of the White House and with the troops. He visited the sick, met people in their homes, visited Cabinet members and their families and wrote speeches and letters to those he couldn’t see in person. His critics saw this as a waste of time but Lincoln saw it as essential and so it proved. It brought the public together, won over opposing politicians and galvanised the military.

Action: Social distancing and working from home makes it impossible to connect with your team in person. So how can you meet with them in their time of need? Regular video or phone calls, emails, hand written letters will make a difference to team morale.

Franklin Roosevelt, the 32nd President of the United States, was aware that he was a human being prone to burning out in extreme stress like the rest of us. He led the country during the Great Depression and World War II. During these crises Roosevelt scheduled time to do something that brought him joy every single day. For Roosevelt this was working on his stamp collection or having his cocktail hour. In this protected time he refused to discuss anything work related. The ability to recharge your batteries in the midst of great stress is crucial for successful leadership and longevity. Please see this as an important priority in these times.

Action: What can you schedule in on a daily basis to help you recharge your battery in the midst of this crisis?

Remember, during the coronavirus outbreak Cranfield Trust are keen to do everything they can to help frontline charities keep going. Managing through a crisis is challenging, and although the demands of maintaining services and meeting need are growing, managing your organisation is critical too. Find out how Cranfield Trust can help you here.

References
1. As defined in the Oxford English Dictionary.
2. Harvard Business Review (September-October 1998), ‘Right Away and All at Once’, Greg Brenneman.

Contact us We're here to help
Coronavirus Resources Cranfield Trust resources to help your charity through this difficult time
Registered Charity No: 800072 | Scottish Charity No: SCO40299 | Company No: 2290789 | Telephone No: 01794 830338
Log in | Powered by White Fuse