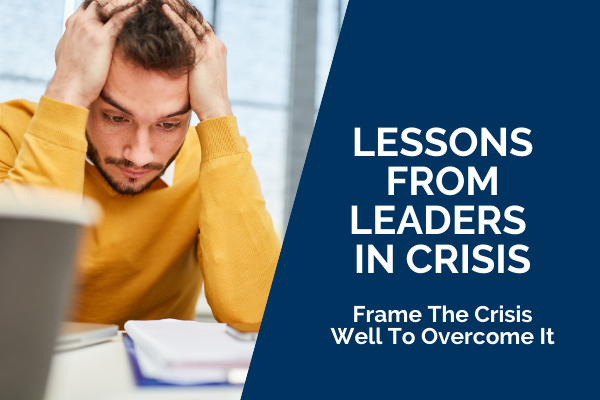 Lessons from Leaders in Crisis Series: Frame The Crisis Well To Overcome It

Frame The Crisis Well To Overcome It

This article is part of a series, Tips on Crisis Leadership from Some of the World’s Greatest Leaders.  It draws together lessons learned from leaders who have managed through times of novel crises including wars, financial crashes and organisational collapses. Forthcoming articles include changing your team’s perspective; simplifying your strategy and acting rapidly on it; remember that you are leading people; and scheduling joy into your daily diary.  First up, Winston Churchill’s leadership prior during World War II shows us that framing the crisis well is key to overcoming it.

The build up to World War II makes for an excellent case study in how (and how not) to frame a crisis for the people you lead.   Here are the key lessons learned from Winston Churchill and a number of other leaders:

1. Leaders must understand the crisis holistically…

Our brains are programmed to narrow our focus in the face of a threat like Covid-19.[i]  It is a survival mechanism designed for self-protection.  Leaders must intentionally move past this and form a holistic oversight of the problems (and opportunities!) that Covid-19 brings to their organisation.

In the build up to World War II, the UK Government observed the rise of Nazi Germany and correctly identified that it would have economic and political consequences for the country.  They did not identify the national security threat. Churchill did but the Government refused to listen.  By the time they did it was too late to stop the war reaching us.  Churchill lamented that this was, “the unnecessary war”[ii] as it would have been stopped if the Government had taken a more holistic view of the threat.

I recently worked with the CEO of a social enterprise to help her keep a holistic oversight of how Covid-19 was affecting her organisation.  We took her insights and put them into a visual diagram of the many problems arising out of the pandemic.  They included staff safety, service disruptions, financial impact, legal issues, potential negative press and several other potential problems.  This allowed her to identify the most pressing problems, create space for her team to work on them and crucially allowed her to frame the crisis for her team.

2. ...But leaders must frame the crisis narrowly for their team

To get the best from your team do not give them the holistic view of the crisis.  Frame it narrowly and clearly.   Studies show that this leads to a greater sense of personal responsibility to deal with the problems it is causing as well as increasing team productivity, motivation and belief that the crisis can be overcome.[iii]

Pre-World War II, the Government framed the problem caused by Nazi Germany in broad economic and political terms.  This made the public believe that the problem was too complex and far away for them to deal with.  So they left it with the Government to solve.  Churchill knew that this inaction would lead to disaster.   So he simplified the problem.  He removed all reference to complex issues and declared that this was now a battle between the good people of the UK and an evil regime that threatened their safety.  The public responded incredibly.

A domestic violence charity had built a new safe house to provide refuge to 50 women.  A week before it was due to open an earthquake destroyed it.  The CEO knew that this caused multiple problems across the organisation covering financial, legal, operational and potentially existential disaster.  Instead of overwhelming her team with this she framed the crisis narrowly:  ‘Over 1,000 women would have found refuge in that building in the next 12 months.  Let’s find a way to ensure they have a place to stay’.   The team responded and raised sufficient funds to buy a fully constructed building that could house 55 women at a time.

3. Leaders do not sugar coat the crisis

Be honest about the crisis and the problem it is causing even if it is negative, scary or uncertain.  That may include bad news about what Covid-19 means for the future of your organisation.  Discuss it with empathy and be supportive but do not sugar coat it.  Your team need to trust you to lead them through this and honesty is the key ingredient in cultivating it.

Churchill was honest when he told the public that the enemy was a dangerous threat to their lives and their freedom.  They trusted him to lead them through it.  In contrast, during the UK’s mad-cow-disease crisis of 1990, a Government minister fed his daughter a hamburger in front of TV cameras to demonstrate that beef had never been safer to eat, despite evidence to the contrary.  Rather than boost morale, it eroded the public’s trust in his ability to lead them through the crisis.[iv]

False optimism is also a disaster for team morale when setbacks come.  Admiral Stockdale was the highest ranking US Military Officer imprisoned in a P.O.W camp.  The other prisoners looked to him for leadership.  Stockdale and a number of others survived an eight year ordeal.  Upon release he was asked why they survived and others did not?  He explained that the key to survival was the discipline to confront the most brutal facts of the situation whilst maintaining belief that you will prevail in the end.  He explained that the optimists, who didn’t root their faith in fact, rarely survived the devastation that came when they were not freed in line with their expectations.[v]

I will discuss how you can achieve this delicate balance for your team in the next article.

4. Leaders define what victory over the crisis looks like.

What will your organisation look like if you are successful in overcoming the Covid-19 crisis?   Your team needs to know.  It will help them aim for victory in the middle of tough moments.

Churchill defined what victory looked like for the public in the war:  “If we can stand up to the enemy, all of Europe may be free”.  Famously he also declared that future generations would look back on the military’s fight for victory as, ‘their finest hour’.   Many soldiers later described how these words helped them to push on in the toughest battles.

In a world obsessed with growth, don’t be afraid to define victory as your organisation simply surviving the crisis. Every successful organisation has seasons of growth and survival in pursuit of achieving their vision.  The leadership team of a charity that delivers food to people in poverty defined victory as, ‘Still existing after the lockdown period passes so that we can grow again to help the increasing number of people who will need us going forward’.

[i] For further information on the neuroscience of this see, for example, Arnsten AF. Stress signalling pathways that impair prefrontal cortex structure and function. (Nature Reviews. Neuroscience 2009, 10:410-22). 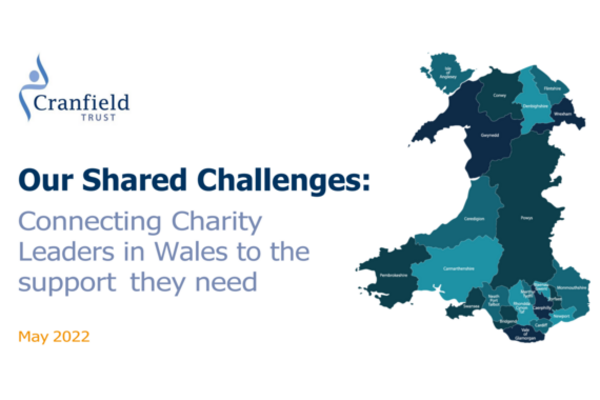 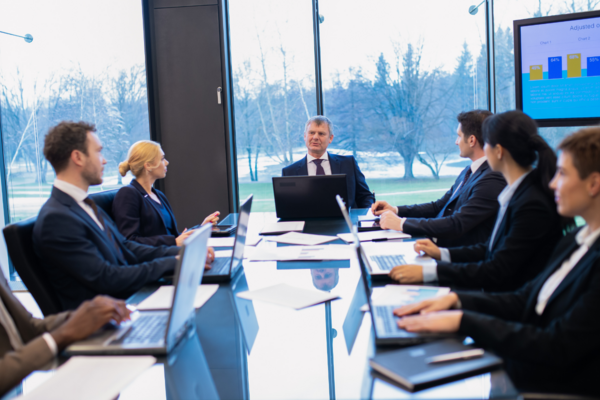 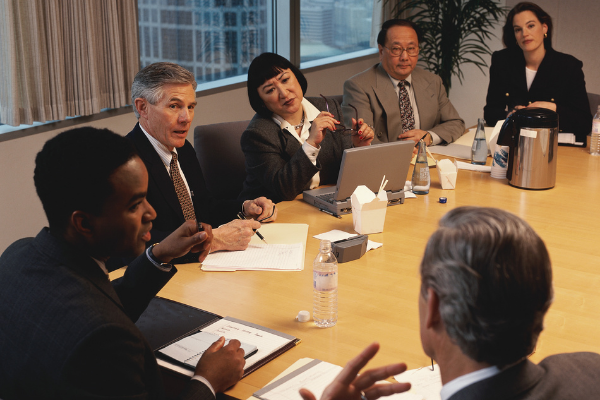 Charity Board Papers - nine tips and one rule 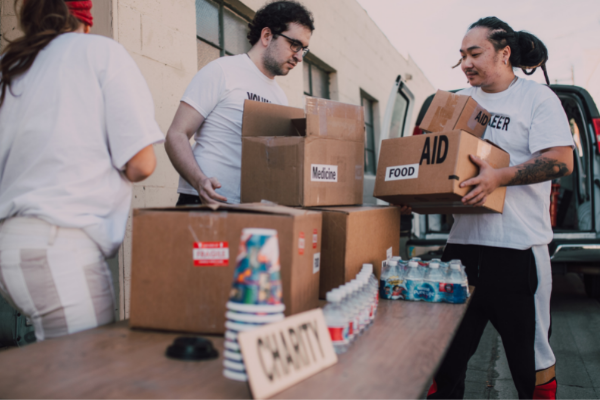