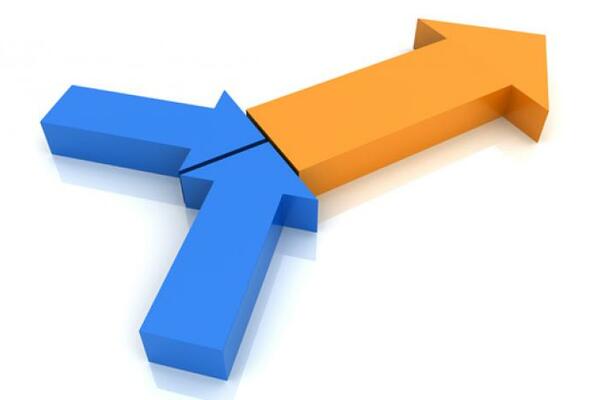 To merge or not to merge

In an increasingly competitive marketplace, fundraising may benefit from more organisations joining forces.

With more than 160,000 charities, the UK has the most established voluntary sector in the world. However, according to the Charities Aid Foundation, there are just 14 main causes to which the public donates. Admittedly, a significant proportion of registered charities are not “charities” as the public would recognise them.

For example, there are 12,500 parent teacher associations, 7,000 village halls and 2,500 independent schools in the UK, all with charitable status. Even if these less “traditional” forms of charity were removed from the equation, there would still be well over 100,000 charities supporting a handful of causes.

Is this effective and why aren’t more charities merging? Crucially, would merging improve fundraising?

Since 2013, there have been approximately 50-70 charity mergers and acquisitions (M&A) a year, according to management consultancy Eastside Primetimers. These mainly involve smaller charities, most of which don’t consider M&A until they are in financial difficulty. Several charities have gone bust over the last three years, with many others only transferring assets and services at the point of closure.

Last year, £400m of assets and over £150m worth of income was transferred in charity M&A activity. However, when the largest deal is removed, these figures fall to £44m and £75m respectively. In terms of income, this is just 0.001 per cent of the total income for the sector.

The figure is equally small when considering the number of registered charities involved in mergers last year (116), which is just 0.07 per cent of the total number of UK charities. The ratio of mergers to acquisitions has remained steady over the last three years, with roughly 25 per cent of deals involving a merger and 75 per cent an acquisition.

In comparison, there were 362 successful M&As involving UK companies in 2015, according to the Office of National Statistics. This represents just 0.00007 per cent of the 5.5 million companies in the UK, but these deals were worth £5.5bn.

There are approaches to suit most situations and many argue that there is no such thing as a merger since one organisation is usually the driving force behind a deal. However, there is a stark contrast in the amount of M&A activity between the sectors, which is linked to the motivation behind any potential deal.

Overall, corporate M&A activity is more proactive as it is propelled by profit, whereas voluntary deals tend to be reactive and are pushed by strategic fit or, more often, financial need, i.e. the risk of closure.

According to New Philanthropy Capital, there have been five types of approach to charity M&A activity over the last three years:

Much the same as the corporate definition, this involves two or more organisations joining together to form a new one. There is often acknowledgement of the change through a new or revised brand and it is also important that the management and governance of the new organisation reflects the previous ones such as Breast Cancer Now.

Again, very similar to the private sector: one organisation transfers its assets to another and becomes part of that charity. The transferring organisation is dissolved (or becomes dormant) along with its identity. Executives do not normally hold the same roles and the board is disbanded.

When one charity becomes wholly owned by another while retaining its own separate board and identity. Job losses are minimised, but ultimate control is retained by the “parent” organisation. This model is sometimes a step towards a group structure.

Two or more charities transfer their assets and activities to become part of a group and operate as wholly-owned subsidiaries. This is particularly common among housing associations, which can benefit from a central management structure with independent frontline management.

This is sometimes done to help two or more organisations create a more balanced portfolio of activities, income and cost. The identity of the service or asset which moves takes on that of its acquirer, employees are subject to Transfer of Undertakings (Protection of Employment) regulations and there is no impact on either board or legal structure.

There are several considerations when deciding which organisations should be part of M&A activity. For corporate and voluntary organisations, strategic fit is critical.

A strategic assessment will inform this decision and includes an analysis of the sector, financial performance, value creation, implementation and, for charities, whether the deal will help it to achieve its purpose.

Research suggests that this process is often lacking in the corporate world or not properly implemented, as 59 per cent of deals destroy wealth for acquiring shareholders and 45 per cent of acquisitions fail to meet initial strategic objectives.

For charities, the risk of M&A failure can be mitigated by answering questions such as: What is the relationship between the acquisition/ merger and the charity strategy? Does the deal imply a need to revise the strategy? Has the due diligence been considered? What risks does the deal involve? What initial costs will be involved and will subsequent investment be required? How will the success of the deal be measured?

It should be noted that even if these steps are taken, there are no guarantees when it comes to the success of an M&A deal. As with all projects, there are elements within the control of the organisations and components that cannot be controlled. However, the more thorough the planning, the greater the chance of success.

Charities have traditionally waited for M&A opportunities to present themselves rather than seeking them out. They can therefore sometimes come as a surprise, which has not been budgeted for and which stretches the capacity of central teams. A clear strategy, inextricably linked to the main strategy and delivered by a dedicated team, would go some way to overcoming this.

Another thing to consider is a change in culture. “Acquisition” is often viewed very negatively. By their nature, charities do not want to be viewed as predatory. However, if the rationale is clear and it can be demonstrated that more will be helped as a result, there is no reason not to be more transparent internally about a more assertive approach to M&A.

It is also worth considering other options. A merger or acquisition isn’t necessarily the correct approach for each situation or organisation. Other structures such as alliances, joint ventures or even franchises should be considered before an M&A. A merger or acquisition might result from another form of relationship but all should be considered initially.

Finally, charities need to be clearer on the driver behind each deal as well as the measurement for success.

Will this benefit fundraising?

Theoretically, yes; in practice, it depends on how effectively the deal is completed and implemented. There are some factors that should be beneficial.

Fewer charities competing for the same share of voice and donations should mean that it will be easier for the remaining charity to fundraise.

The rejuvenation of public trust in charities could be helped by more proactive governance, which includes M&A activity. Mergers and acquisitions are often high profile, because the newly-created charity needs to communicate its new status. Both factors will clearly be beneficial to fundraising efforts.

Moreover, fundraising is not free. Economies of scale from integrated fundraising teams and savings elsewhere can be used to invest in fundraising. For example, The Brain Tumour Charity doubled its income three years after a merger.

More than anything, a better service for beneficiaries should be the main driver for M&A activity. However, this will also benefit fundraisers. If they can demonstrate a greater impact, particularly for major donors and corporate funders, the ask becomes much stronger.