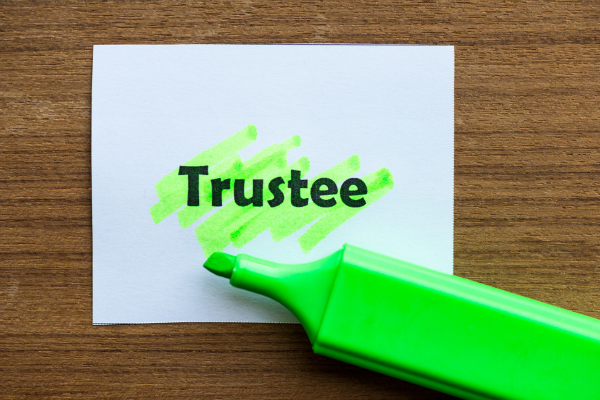 Volunteer Viewpoint: What can we learn from the Kids Company case?

In August 2015 the charity Kids Company went into liquidation and due to the high profile of trustees Camila Batmanghelidjh and Alan Yentob, the failure hit the headlines in a big way.

As a result of the liquidation and the subsequent investigations, the official receiver sought to have the directors of the charity disqualified from acting in the same capacity in the future and in February the High Court published the verdict in the case.

The charity itself sailed very ‘close to the wind’ in terms of cash flow and when some unfounded allegations of sexual abuse were made donations dried up and the charity very quickly closed down.

If you read the headlines published at the time then you’ll get a variety of different stories, each more sensationalist than the last but the important question for trustees is “what can we learn from this?”.

There were a number of problems with the charity some of which were as a result of the actions of the trustees but they also got many things right so in this article I’m looking at the issues that arose and what the implications are.

The trustees were not unfit

The first thing to point out is the positive message from Mrs Justice Falk who says of the trustees that she has “a great deal of respect for the care and commitment they showed in highly challenging circumstances”. Falk goes on to praise Ms Batmanghelidjh for the  “enormous dedication she showed to vulnerable young people over many years”.

It is certainly nice to see the dedication of volunteers valued in this way.

The disqualification order wasn’t granted, primarily because, in the mind of Mrs Justice Falk, the case wasn’t clear enough on the key issues.

She makes a strong point when she notes that “The result of proceedings being brought in other than the clearest of cases is likely to be to deter many talented individuals who take the trouble to understand and appreciate the risks either from charitable trusteeship at all.”

She says quite clearly that actions should only be taken by the official receiver where the case is absolutely clear and goes even further to say that this shouldn’t be due to incompetence but only due to dishonesty.

To a large extent, I agree, however, the fact that a case might deter other people from becoming trustees shouldn’t be a reason to avoid taking unfit trustees to court. Each case should be seen purely on its own merits and not on some perceived notion of how others may see the issue.

Nonetheless, it’s an interesting point and significantly reduces the risk for trustees who may fear being brought before a court. This is in stark contrast to all of the messaging coming out of Companies House and the Charities Commission who have said for years that all trustees and directors must show adequate care when operating in their capacity as stated in s174 of the Companies Act 2006.

What also shines through is the thoroughly unsatisfactory case the Official Receiver put forward before the court. For example; they couldn’t adequately explain why they sought different disqualification periods for the defendants which seems to me to be a fairly basic error.

For trustees who give their time for free and work for the betterment of the community, it seems a poor reward to be hauled up before the court on the direction of someone who in the words of the judge had a “lack of experience ... in relation to charities”.

In fact, the Official Receiver takes a major battering at the hands of Mrs Justice Falk, and quite rightly so in my view.

The charity had a very competent and high-powered board that included two qualified accountants and so there was certainly no lack of experience or knowledge in this case.

It’s not all roses

Whilst the judgement will be welcomed by the trustees and CEO of Kids Company, it’s not all sweetness and light and they certainly don’t come out unscathed.

It is clear that the organisation did not have sufficient levels of reserves to allow it to weather any approaching storm and part of this was down to the fact that much of its income was restricted, meaning that it couldn’t be retained as a reserve or used for general expenditure.

It’s clear that the charity had been under stress for quite some time and had payment arrangements with HMRC, lengthened its payment terms with creditors and sought short term loans to get it over cash deficits. All of which are key signs of an organisation in trouble. It seems that because they had been going on for so long these almost became standard operating procedure instead of red flag warnings.

As the founder of Kids Company and the CEO for many years, Ms  Batmanghelidjh played a pivotal role in the charity and there are clear signs that she was resistant to change when the organisation was failing with the “slightest suggestion” from any of the Trustees as to how to improve the situation being rejected.

Her role in the organisation as a full-time executive, her over-optimism in regards to income, her failure to accept the seriousness of the deteriorating financial situation and her unwillingness to control expenditure and get on with implementing cuts all feature in the judgement.

This highlights the problem that many growing charities face when a strong founder is challenged by the board of trustees.

The Official Receiver criticised the business model of accepting any demand and then finding the money to pay for it. Representative of this was the move to Bristol where the charity appears to only have ever specifically raised £525,000 of the budgeted £1m costs before opening its doors. The judge notes though that the trustees had a reasonable expectation that they could raise the shortfall based on their success prior to this and they did raise some general funds from Bristol-based organisations later.

The judge found that the reasonable belief of the Trustees (until the unfounded allegations were made) that Kids Company could continue to operate and in doing so meet its obligations to creditors, and any failure to prioritise creditors over the charity’s vulnerable clients could at most be described as errors of judgment. “The decisions they made were matters of honest judgement, made in difficult circumstances in what they thought were the best interests of the charity.”

This highlights a potential dichotomy; charity trustees are charged with acting in the best interests of the charity but also protecting creditors’ interests which at times can actually be contradictory.

A quite remarkable finding was that in principle, the fact that a director is an unpaid volunteer, where there is also a paid executive team with responsibility for the day to day management, affects the part that the director could reasonably be expected to play.

This suggests that unpaid non-executive trustees are held to a lower standard and duty of care and this is one which I feel is certainly debatable. It is true that courts have formed a largely benevolent view of charity operations in the past but in my opinion as a layman trustee (and taxpayer!), when trustees are dealing with large amounts of public money, it seems entirely reasonable to suggest that they show due care and attention to their roles and indeed the judgement does acknowledge that “Directors must, on a continuing basis, ensure that they have a sufficient knowledge and understanding of the company’s affairs to enable them to discharge their duties”.

It’s also clear that the influence of Ms Batmanghelidjh was both a help and a hindrance in that she was able to bring pressure to bear on HMRC to grant further ‘time to pay’ arrangements but that these almost became a way of life which perhaps lulled the trustees into a false sense of security. The issuing of a 7-day winding-up letter in March 2013 should have been a wake-up call in this respect.

What saved the trustees of Kids Company

There are several features of this case that really help trustees understand their responsibilities as regards their role.

The first thing to say is that the trustees were very much saved by the apparent ineptness of the Official Receiver who seems to have totally bodged the case. They were also helped by a judge who understood and was sympathetic to the work of trustees and neither of these aspects can be relied upon in future cases!

But there are some important structural things that Kids Company did right that helped.

These are all steps that any charity needs to take and whilst not every organisation is big enough to have standing committees it is incumbent upon the trustee directors to ensure that they understand the finances and if not, then to either strengthen their board or take professional advice.

What we can learn

The first message is that whilst this judgement reinforces the long-standing benevolent attitude of courts towards volunteer trustees, it has to be acknowledged that if things go badly wrong with your charity you could find yourself up before a judge.

The fact that you are trying to do the best you can for your community does not absolve your individual responsibility as a director/trustee and so it is important that you act honestly and with your best efforts.

In this case, good records proved useful with board minutes, standing committee minutes, management accounts and individual notes all showing the court that the trustees were acting responsibly.

The Trustees of Kids Company were all educated and experienced trustees and their actions showed that they took governance seriously and any trustee can learn from this.

The company took extensive advice from professionals and would probably argue that only the spurious allegations stopped their rescue plans from taking effect.

The overriding lesson from the case has to be the value of a strong board that is not afraid to challenge an equally strong CEO.

Proper charity governance isn’t something that can be sidestepped and so any charity trustee should make sure that they understand the issues involved and that they take steps to protect themselves.

Note that this is simply a precis of the main points of a very complex case and you can find the full judgement here. Also note that these points are my opinions alone and don’t reflect the views of Cranfield Trust.

Our thanks to Stuart Walker for sharing his viewpoint on this case.

Stuart Walker MBA, ACMA, is a business writer specialising in SaaS, Fintech and Financial Services. Stuart is a Cranfield Trust volunteer based in the south west and uses his accountancy and finance expertise and skills to guide our charity clients with all aspects of financial control, planning and forecasting. View Stuart's LinkedIn profile.