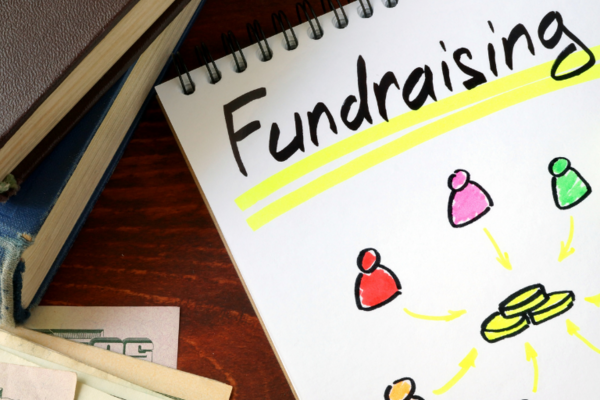 6 top tips to improve your charity's fundraising in 2021

Every time I go to France with my wife, we always end up saying we really should get our French up to scratch before we go next time. Well, in 2021 we’ve made a resolution to do something about it. Yesterday, we sat down for the first CD of “Learn French with Paul Noble”. It was brilliant.  I learned so much in an hour. So, even if you get nothing else from this article, but you’re interested in learning French, try this course.

After the tough year we’ve had keeping our charities afloat, many of us may be feeling too exhausted to make resolutions for 2021. Or we feel that good intentions will soon get swept away in the day-to-day busyness, especially when we’re having to replan every five minutes to keep up with the changing Government guidance.

Fundraising is so critical to your organisation that it does deserve some priority. So, let me offer six actionable fundraising resolutions which could pay dividends in 2021.

1.Keep fundraising: this may seem obvious. But in 2020 some charities were too nervous about asking supporters. Fortune favoured the brave. Quite a few organisations I worked with raised record amounts in their appeals even though they weren’t Coronavirus front-line response organisations.  They were sensitive to the fact that Coronavirus was having an economic impact on many. But they also hypothesised that they had a core of supporters whose incomes were unaffected and had more money in their bank accounts because they were spending less. These people turned out to be more than willing to support causes dear to them.

Some boards are sometimes so keen to protect services, that they will cut fundraising costs. That is seriously false economy. Fundraising, and relationship building with your supporters, needs constant nurturing.  Stop-start approaches will not achieve best results. It also takes time to get a fundraising machine operating at full throttle.

2. Keep in touch: this has never been more important across all fundraising income streams. Many trusts and foundations really stepped up in 2020 making grants that ate into their endowments. They may be more cautious in 2021. Many will want to ensure that their core charities are supported and they will be reluctant to take on new ones. Many major donors will take the same view. How are you going to ensure that your organisation is one of those core charities?

In mainstream individual giving, support held up surprisingly well in 2020. But the longer the pandemic goes on, there will be more supporters who are struggling with their finances and need to cut back their giving. How are you going to ensure that your organisation is one of the core charities they support?

High quality thanking and reporting back is always important, but particularly in this environment. Whatever you do, keep the tone fresh and authentic. Avoid your communication sounding administrative or formulaic.

I’m a Trustee of a small charity entirely run by volunteers. We ran our first ever matched-giving Christmas Appeal in 2020 with four of our existing supporters providing the match. The results were amazing, and I spent Saturday afternoon e-mailing around 50 people who had contributed. I’ve already had eight replies thanking me for keeping them in touch. I think we nailed it.

Which takes me to the third resolution.

3. Mind your language: last year I ran a skill-share for a group of Charity CEO’s. One of the things that they seemed to take out of the conversation was the acronym BOY – Because Of You.  Too often, I see charity communication which is all about us and we: it’s organisation-centric.

Charities need to mind their language and genuinely put supporters at the centre. At a very simple level this can be done with expressions like: “Thanks to you, children are now….”

But, there’s another level – you could think of this as “Donor Centricity 3.0” – where you speak to the identity of supporters. That might be a moral identity like being kind and generous. Of it could be a faith identity. So, don’t thank someone for their gift. Thank them for being generous.

4. Think ahead: I was a hockey player for many years. I remember a particularly stellar season where one guy made the difference to our team.  He was never rushed and didn’t seem that quick, but he was always in the right place at the right time. He read the game and had an uncanny knack of knowing what was going to happen next.

Like my former team-mate, charity leaders – and certainly fundraisers - have to be one step ahead. It’s especially important to be thinking where supporters are likely to be mentally when your communications land. Just look back over the last year: in March there seemed a sense of togetherness and positivity despite the bad news. But six months on, that had led to a sense of frustration and irritation. Where will people be at in three months time?

I am a fan of the somewhat neglected art of scenario planning. When I worked as a corporate planner in the finance sector in the 1990’s we certainly made use of it. It helped free up thinking. And I think that’s much needed at the moment.

We don’t know how Coronavirus is going to play out from a medical point of view. We certainly can’t be sure of the economic and social impacts. So, we need to think about alternative outcomes.
I was doing this with one of my clients who has a high dependency on a time-limited community fundraising campaign. So, last autumn we started thinking through some scenarios as to how the pandemic might play out in 2021. As a result, I think they will be much better prepared for the worse-than-expected second spike that we are currently experiencing. Are you using scenarios?

I can think of two charities that I know well that are in very different financial positions. One is fortunate in having very healthy reserves. It can plan with a three-year horizon in mind. The other charity could run out of cash in the next financial year. This focuses the mind. There’s no point coming up with a brilliant plan for regular giving acquisition which will be cash negative in year one. They need cash now. The focus must be on two things: submissions to a small core of Trusts and Foundations with whom they have deep relationships, and individual giving appeals especially with their core middle donors.

What is your current reserves level and when does the cash run out based on a range of financial projections? The answer is crucial to informing your fundraising priorities.  With that understanding in place, you can develop plans looking beyond the annual budget. Remember that there are very different timelines for generating return on investment across income streams. Some activities can be assessed on a one-year timeframe, but others (for example a regular giving or a major donor programme) cannot

6. Stay positive. Adopt a growth mindset: given how long this crisis has gone on for, and how tired many of us have felt, this resolution might take a bit more willpower to keep the faith.

Early on in the crisis, the Chartered Institute of Fundraising released data forecasting dramatic income decline across the sector. It felt a bit like Private Fraser in Dad’s Army: “we’re all doomed.” Whilst not making light of the huge negative impacts on some fundraising streams, there were some positives in 2020. And I’m sure there will be in 2021 (although I don’t under-estimate the challenge of managing the change).

Major donors were at home and not flying around the world and it looks like they will still be for a while yet. You can get to talk to them. They aren’t in control and their empathy levels have increased.
Many older people are normally very active volunteers and yet they are being asked to isolate. They are probably still feeling disempowered. Giving can be a hugely empowering thing for them and they may still be very willing to respond to your asks.

As we go into another lockdown, many people will again be spending more time at home, watching TV and on all manner of digital devices. Done right, digital fundraising can deliver great results and it can be executed in an agile way. You don’t need to spend a fortune to test and learn, and only then, scale-up.

So, despite the pressure, as leaders, adopt a growth mindset: focus on what you have not on what you don’t. Think about different ways that your closest supporters can help you. Never waste a good crisis.

We would like to thank Andrew Barton for sharing his fundraising expertise. Andrew is a Cranfield Trust volunteer based near Milton Keynes. Now a freelance fundraising consultant, he has worked in executive leadership fundraising roles at World Vision, Oxfam and Christian Aid.

Contact us We're here to help
Support Our Work Find out more
Pro Bono Support For Charities Learn more about our free services, including consultancy, mentoring and charity webinars.
Registered Charity No: 800072 | Scottish Charity No: SCO40299 | Company No: 2290789 | Telephone No: 01794 830338
Log in | Powered by White Fuse